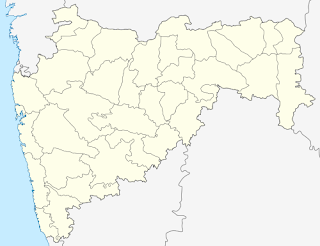 Pune, “पुणे” also known as ‘Punawadi’ or Punya-Nagari, is the eight largest city and eighth largest metropolis in India, and the second largest in the state of Maharashtra, after Mumbai. Once the center of power of the Maratha Empire, situated 560 metres above sea level on the Deccan plateau at the confluence of the Mula (Marathi: मुळा) and Mutha rivers (Marathi: मुठा),[4] Pune is the administrative capital of Pune district.
Pune is known to have existed as a town since 937 AD.[5] Chhatrapati Shivaji Maharaj, the founder of the Maratha Empire, lived in Pune as a young boy, and later oversaw significant growth and development of the town during his reign. In 1730, Pune became an important political centre as the seat of the Peshwa, the prime minister of the Chhatrapati of Satara. After the town was annexed to British India in 1817, it served as a cantonment town and as the “monsoon capital” of the Bombay Presidency until the independence of India!.[6]
Today, Pune is known for its educational facilities, with more than a hundred educational institutions and nine universities.Pune is primararily a Hindu city and one can see temples all over the city,the people of Pune are religious and proud of their religion and their launguage Marathi.[7] Pune has well-established manufacturing, glass, sugar and forging industries since the 1950-60s. It has a growing industrial hinterland, with many information technology and automotive companies setting up factories in Pune district. The city is known for various cultural activities like classical music, spirituality, theater, sports, and literature. These activities and job opportunities attract migrants and students from all over India and abroad, which makes for a city of many communities and cultures.